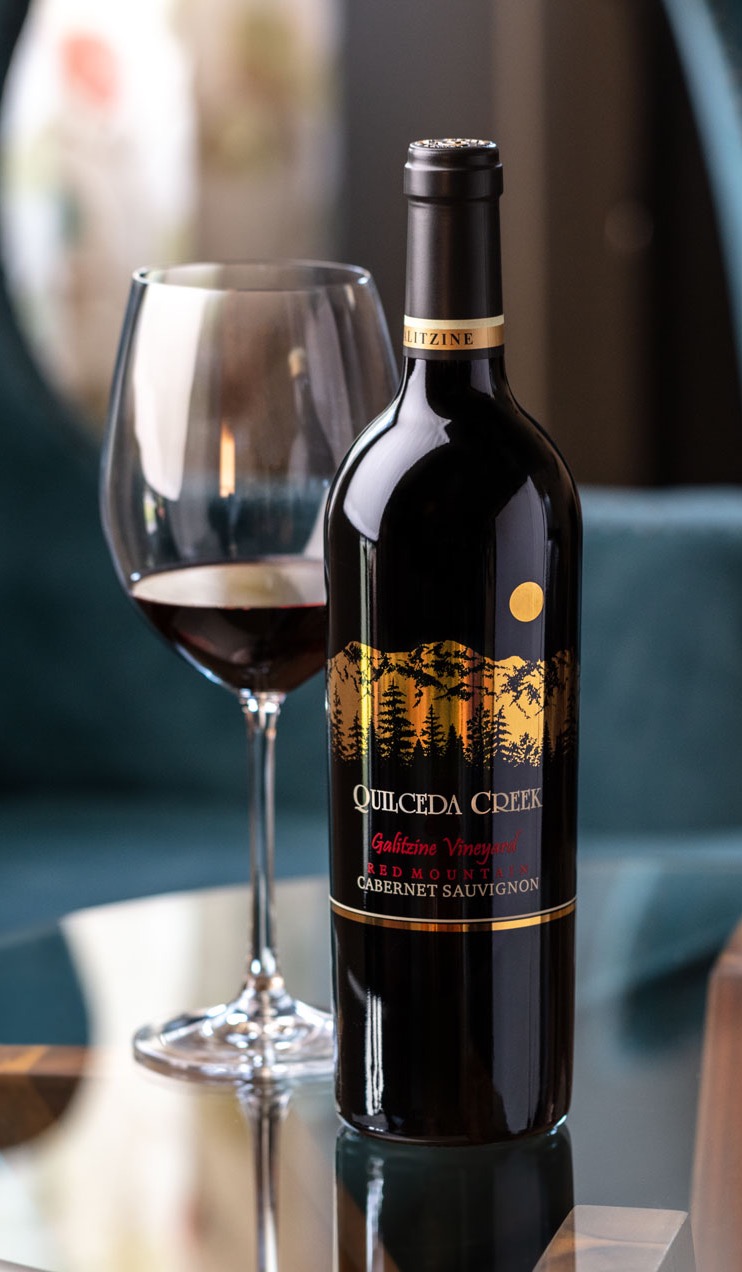 The 2014 season started with early heat and advanced vine development. The heat continued throughout the summer promoting vine stress, and stressed-out vines shoot all of their nutrients to their grapes. With final ripening in late September and October under ideal conditions, the grapes harvested from Galitzine were indeed perfect. They had fruit. They had structure. And the wine’s texture was enhanced by aging in 100 percent new French oak for 21 months. On release, the wine was massive but over time it has become more plush and silky and should be drinking well through 2035 or later.

"The finest vintage ever for this cuvee, the utterly spellbinding 2014 Cabernet Sauvignon Galitzine Vineyard is [100%] sic Red Mountain Cabernet Sauvignon that was brought up in new barrels. Slightly deeper and richer than the Columbia Valley Cabernet, its deep ruby/purple color is followed by a smorgasbord of graphite, crushed violets, crushed rocks, cassis and dark chocolate. With incredible richness, ultra-fine tannin, no hard edges and a stacked mid-palate, give this crazy good red 2-3 years of cellaring and enjoy over the following two decades! Bravo to the team at Quilceda!"

"This 100% Cabernet wine was sourced from the esteemed Galitzine Vineyard in Red Mountain, which was first planted in 2000 and 2001. The Galitzine Vineyard is 100% owned and controlled by Quilceda Creek. The wine was aged for 21 months in 100% French oak prior to botlting. This Cabernet has an even more dense core than 2014 'Columbia Valley' Cabernet bottling. The aromatics are loaded with dark fruits including candied black cherry, black raspberry cordial, Hoisin sauce, creme de cassis and Turkish coffee with hints of crushed mint. These gorgeous aromatics make you sit at your glass and think of this hot vintage and vineyard site which is really coming into its own. The mouthfeel and texture to this stunning Cabernet wine is simply incredible. The mid-palate weight is simply massive at this juncture and is like nothing that I have sampled in the past year from Washington. Moderate to major tannins frame uber-dense flavors of black olive tapenade, sweet pipe tobacco, wild blackberry preserves, dark chocolate shavings and suggestions of Chinese black tea. Exotic, intense and layered, this massive wine will cellar marvelously over the next two decades. The wine is becoming even more divergent to the 'Columbia Valley' bottling as this shows even more intensity and fruit weight on the mid-palate. This is nearly impossible to resist right now in its nascency due to the massive weight but try to resist it for at least another year for the tannins to mellow. Drink 2018-2035"

"(100% new oak): Bright ruby-red. Slightly more port-like on the nose than the flagship Cabernet, offering scents of black cherry, licorice and dark chocolate (Red Mountain is typically a few degrees hotter than Champoux Vineyard in Horse Heaven Hills, notes Golitzin). Compellingly plush, broad and sweet, conveying a bulletproof quality to its highly concentrated cassis and licorice flavors. The tannins here are slightly less noble than those of the flagship Cabernet, but I'm quibbling. This stunner finishes strong and long, with steadily building fruit and no loss of shape."