Our family has a legacy of winemaking stretching back over a century. You could say it’s in our blood. 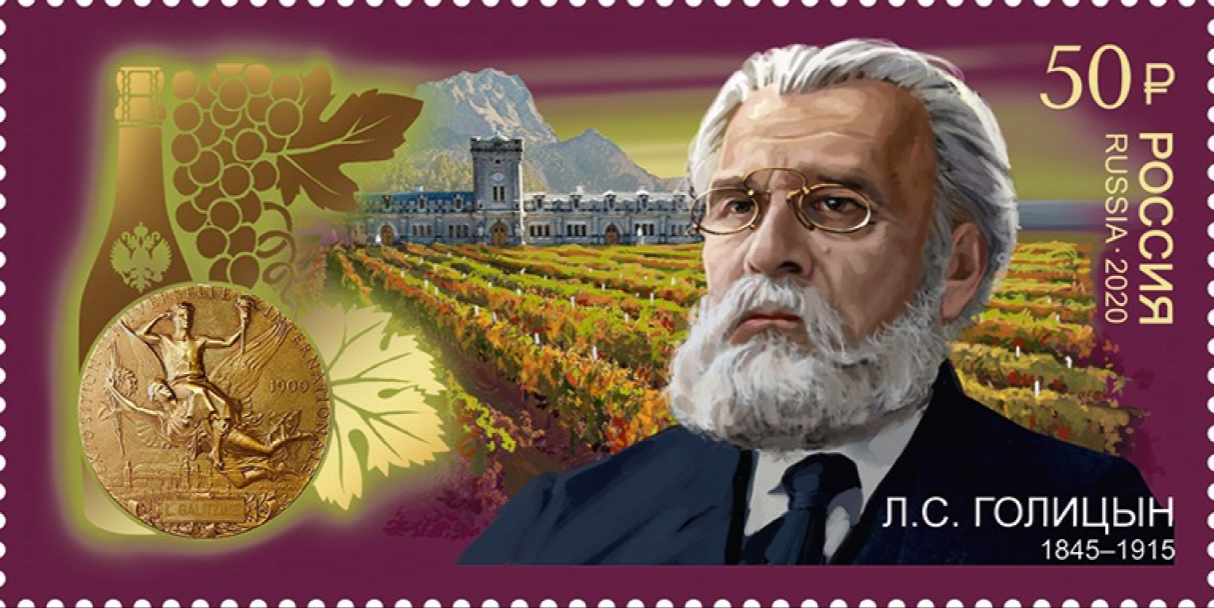 Born in Poland and educated in France, Prince Lev Sergeevich Galitzine was the acclaimed winemaker to Russian Czar Nicholas II’s Abrau Dursau estate, as well as the Massandra and Novy Svet sparkling wine estates. In the 1880s he produced sparkling wines using the classic French technology of secondary fermentation in bottles. He was a leading figure in the development of Russian winemaking and was dubbed the “creator of Russian champagne.” More recently, Prince Galitzine was featured on a 2020 Russian postage stamp.

Alex Golitzin’s parents flee Russia at the outbreak of the Russian Revolution and settle in France, where Alex was born. 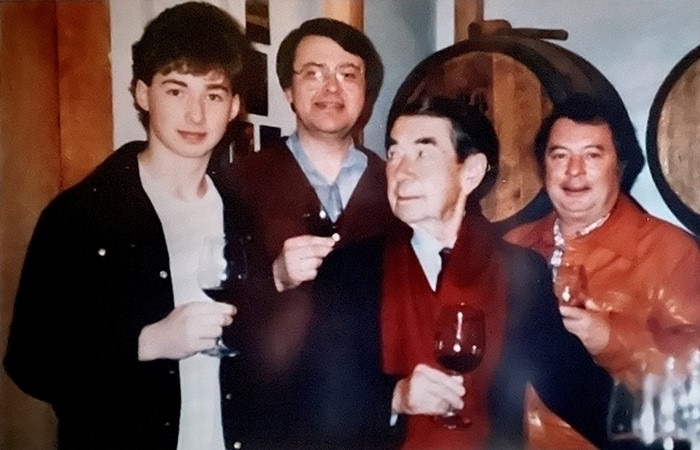 Throughout his youth, Alex and his family regularly visited “Uncle André” in Napa Valley, where he was the winemaker at Napa Valley’s Beaulieu Vineyard. Alex developed a close relationship with Tchelistcheff, who became known as the “Dean of American Winemaking.” When Alex decided to make his own wine in Washington state, Tchelistcheff, who consulted for Chateau St. Michelle, was a significant influence and often called upon by Alex for advice.

Alex, Jeannette and their family move to Washington State where Alex works as an engineer for the Scott Paper Company.

Alex and Jeannette establish Quilceda Creek in Snohomish, Washington. It is the 12th bonded winery in Washington State post Prohibition.

Quilceda Creek’s first vintage of Cabernet Sauvignon, 150 cases made by Alex in the family garage, was in 1979, making Quilceda Creek one of the oldest, family-owned and controlled wineries in Washington State.

The Quilceda Creek 1979 Cabernet Sauvignon wins a gold medal and the Grand Prize from the Enological Society of the Pacific Northwest.

The grand prize for the Quilceda Creek 1979 Cabernet Sauvignon was only the second time a wine had earned this honor in the seven years of this annual wine competition. Critics took notice, including Frank Prial of The New York Times. Washington State grape growers also noticed, and Alex began receiving offers for more, and higher quality, fruit. 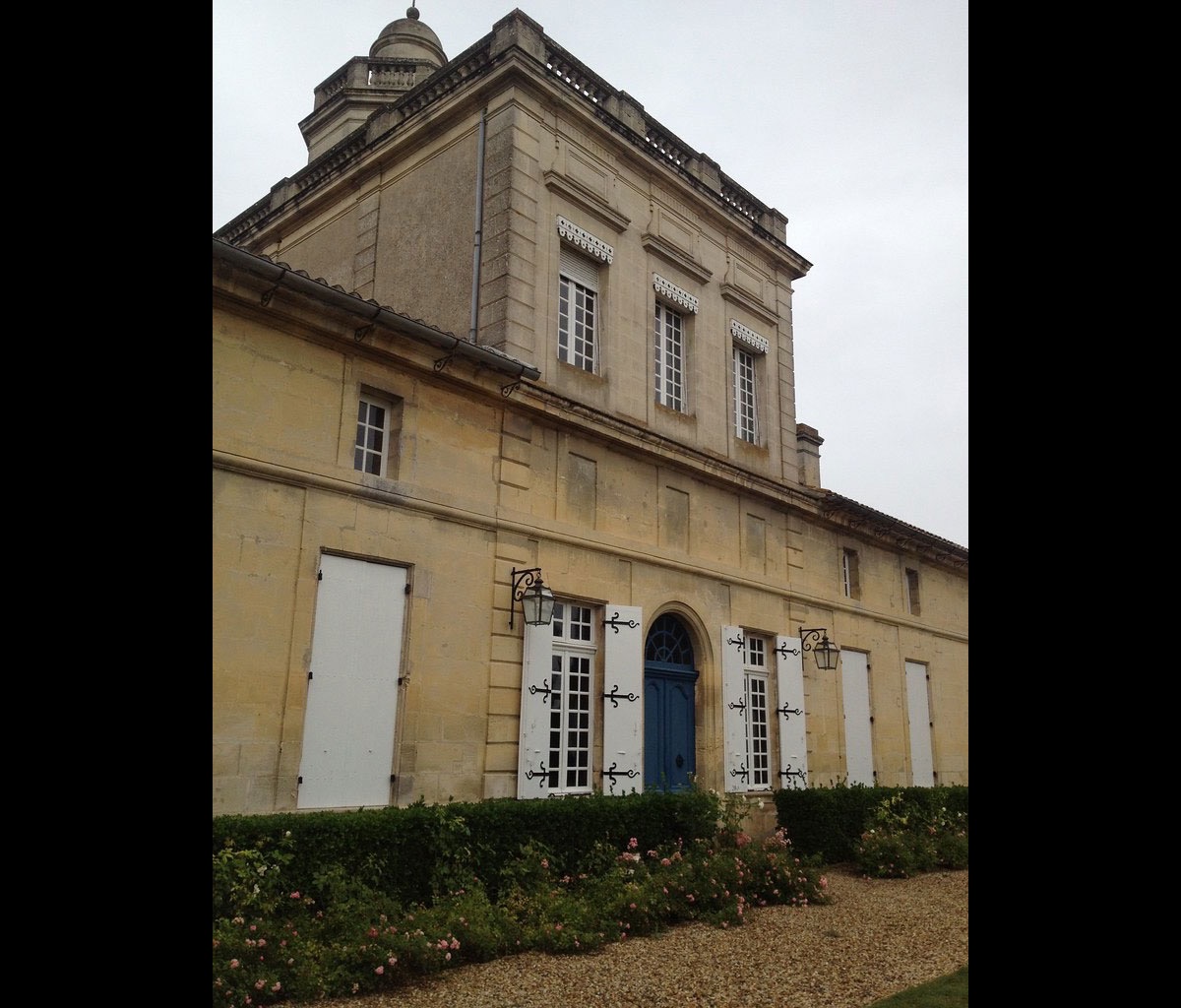 The visit, orchestrated by André Tchelistcheff, was a turning point for Paul Golitzin, son of Alex and Jeannette. Fifteen years old at the time, Paul was bowled over by the tasting, which included 15 wines and a three-course lunch. In the car with his family after the visit, Paul declared his “love for the wine lifestyle.” 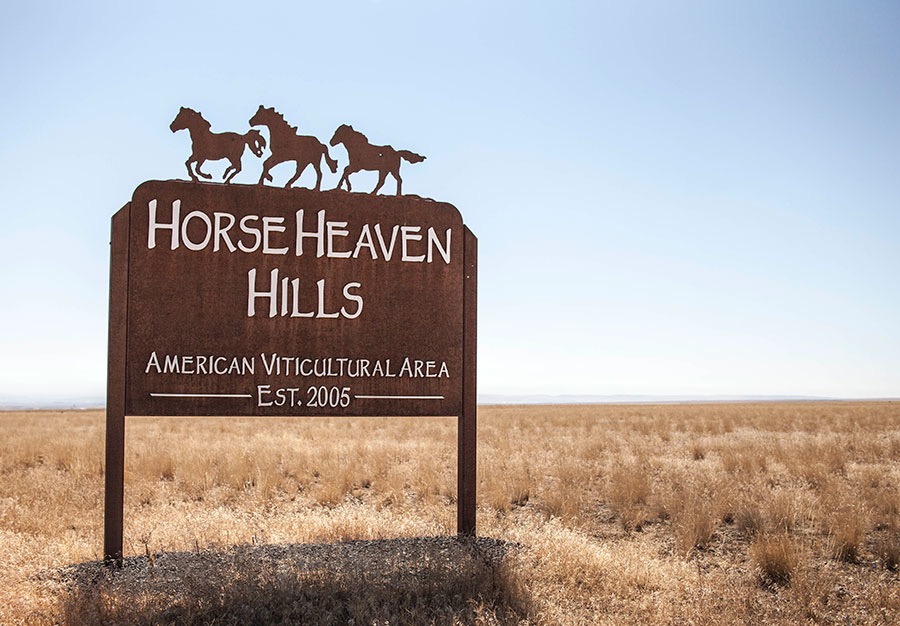 Champoux Vineyard is now recognized as one of the oldest and most prestigious vineyards in the Horse Heaven Hills AVA of the Columbia Valley. Originally planted in the early 1970s, the vineyard went through subsequent plantings in 1981, 1997, 2012 and most recently in 2020. Today Quilceda Creek owns 79% of this historic Washington State vineyard. 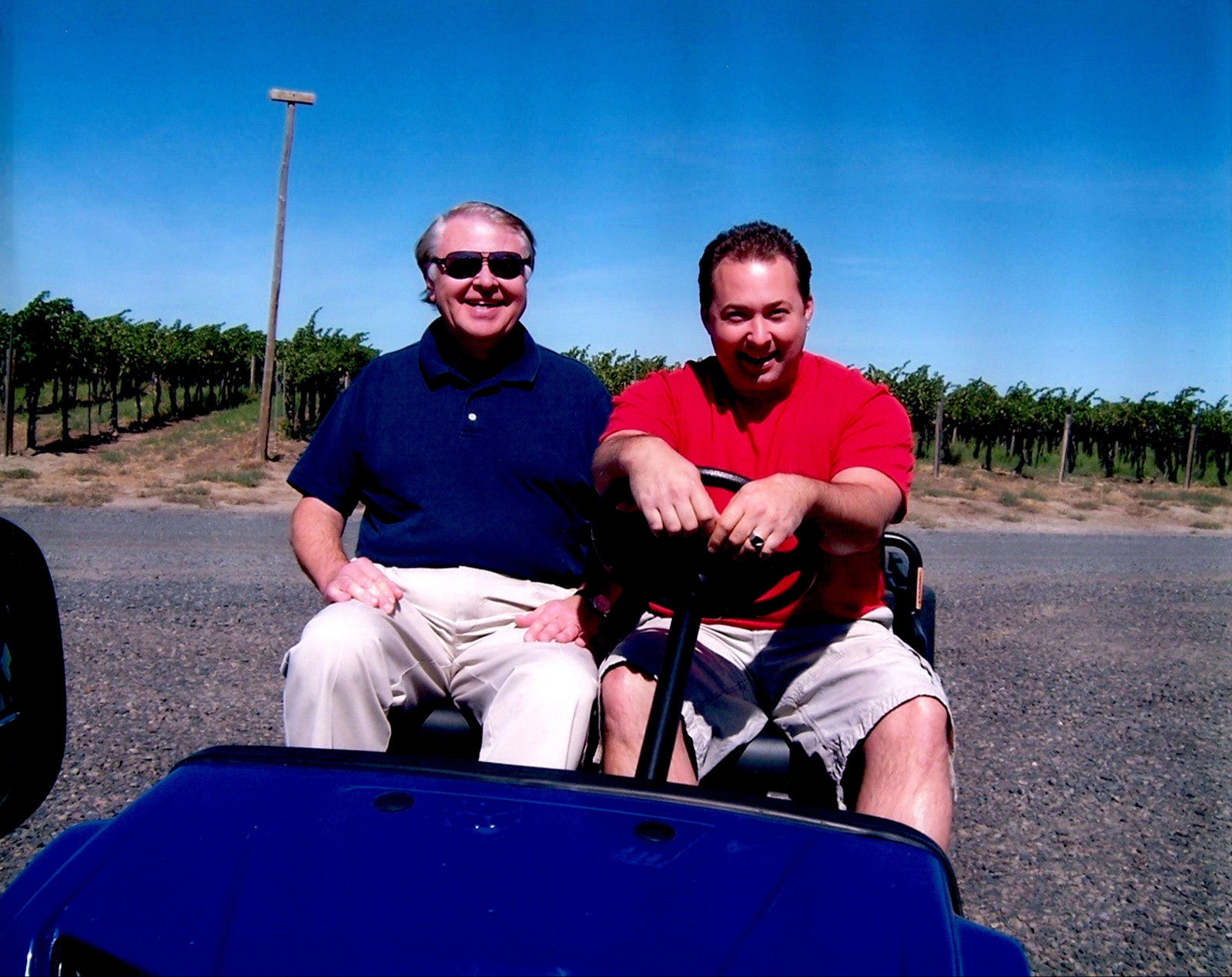 Paul grew up doing everything there was to do around his parents’ winery and had a hand in making the wines for Quilceda Creek from the time he was a teenager. With a gifted palate and a no-compromise commitment to quality, Paul focused the winery’s attention on its greatest assets: the vineyards of the Columbia Valley. Now president and director of winemaking, Paul is widely credited, including by his parents, with making Quilceda Creek what it is today: a world-class winery making some of the most critically acclaimed and sought-after Cabernet Sauvignons on the globe. 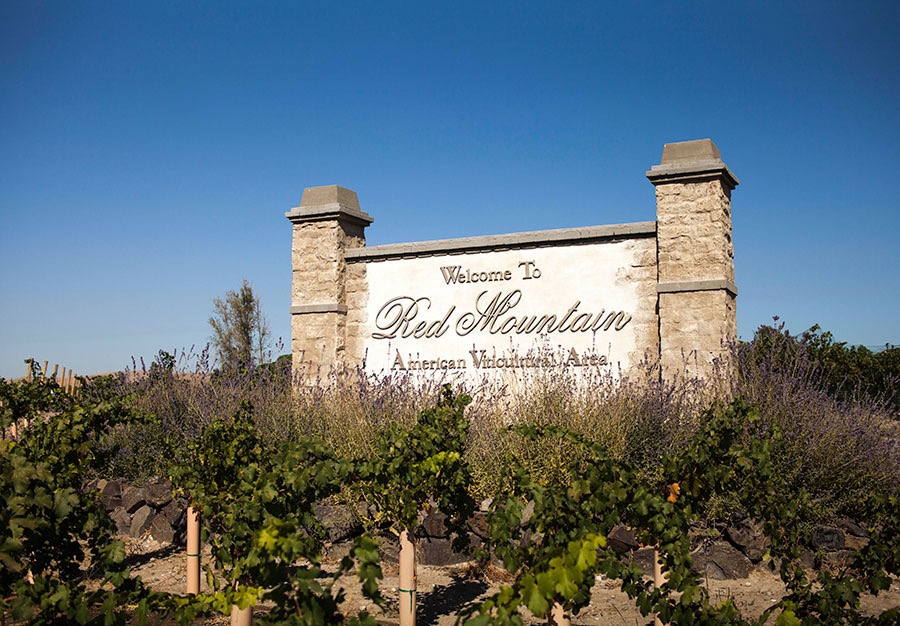 The winery completes construction on a new built-to-purpose production, storage and office facility. 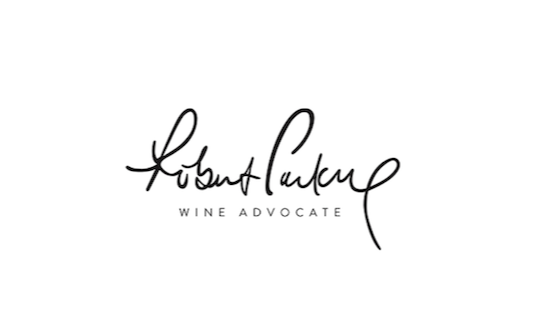 Quilceda Creek plants the first vines at Mach One Vineyard in the Horse Heaven Hills AVA. Subsequent plantings in 2015-2017 and 2020-2021 bring total acreage at Mach One to 40 acres. 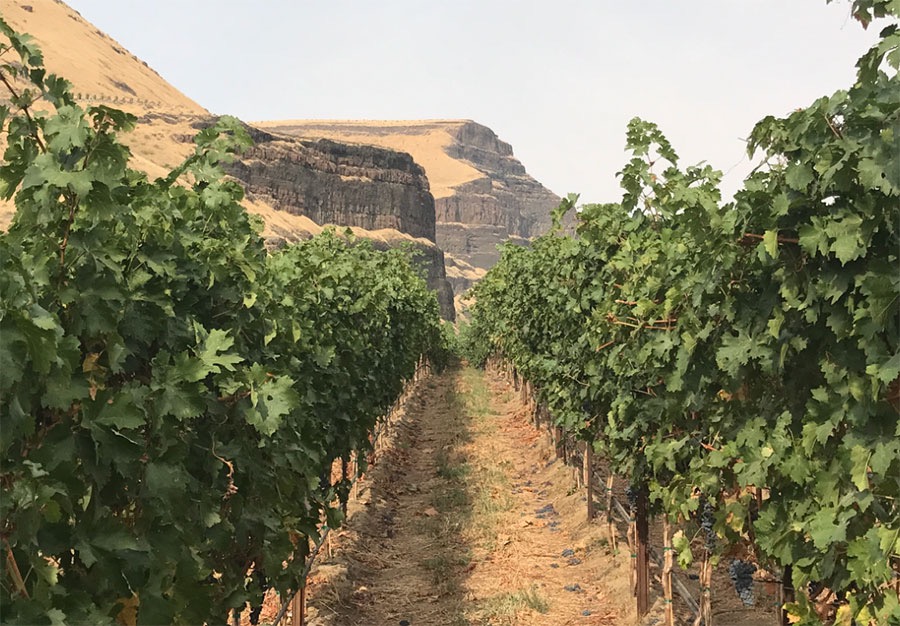 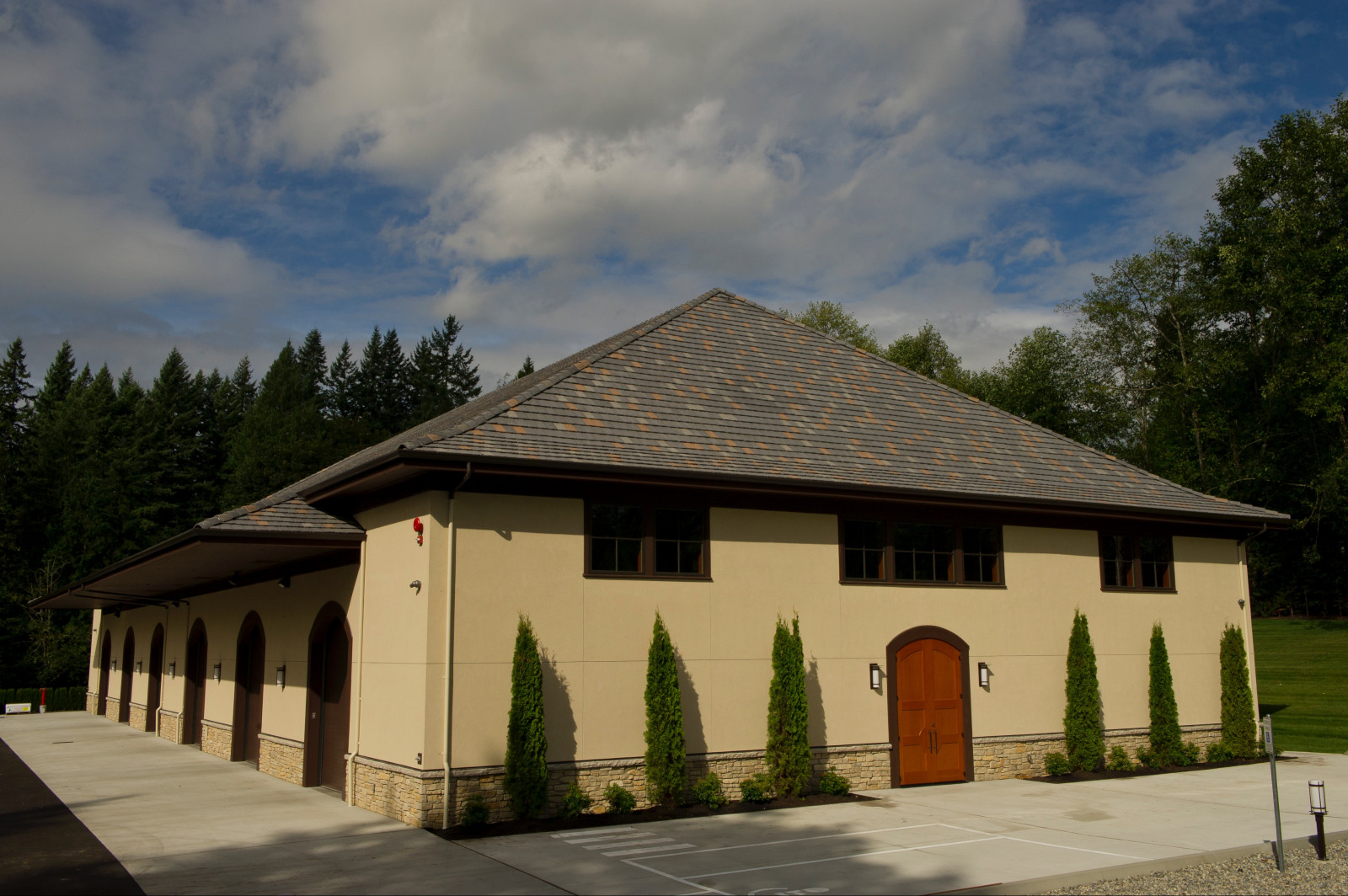