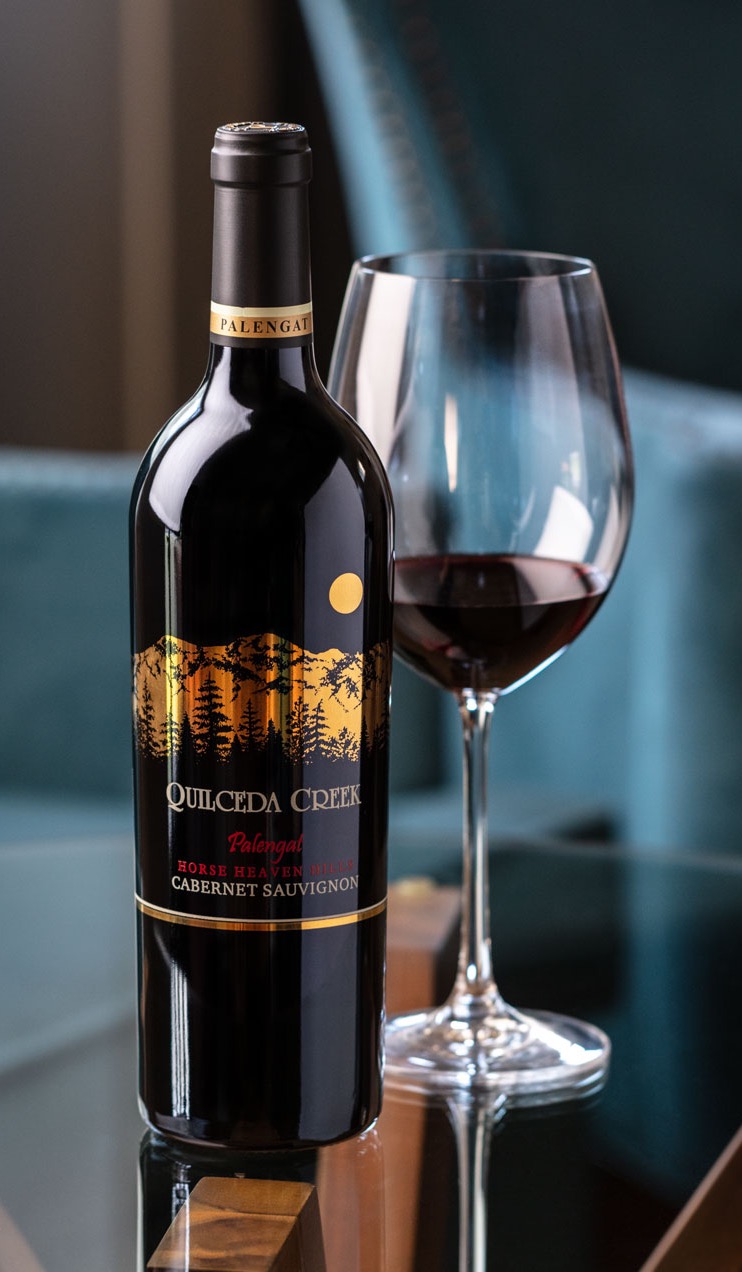 The vintage conditions in 2009 started out slowly, but the weather was consistently warm and the grapes in the Palengat vineyard, finally into their mature phase at 8 to 10 years of age, really pulled through with small berries but outsized flavors. The wine tends has a savory streak, manifest by subtle toast and Asian spice notes, but there are blackberries, currant, fig, and plums in there as well.

The Palengat Vineyard is family-owned and is located in the Red Mountain AVA on Phinney Hill, adjacent to the Champoux vineyard. Palengat is 8.5 acres in size, with a majority replanted to a 3×4 grid (about three times the number of vines you would usually see in a vineyard in the Columbia Valley). Having this many vines per acre forces the roots to go deep in search of nutrition, ultimately transferring the essence of the site’s terroir to the flavors in the grapes. This is most evident in varieties such as Cabernet Franc and Merlot and it is what helps them meld so seamlessly with the Cabernet Sauvignon in our Palengat red wine bottlings.

This is a big, complex wine. Its blend of 86 percent Cabernet Sauvignon, 8 percent Cabernet Franc, and 6 percent Merlot was aged in 100 percent new French oak for 22 months. The wine is generous and unlike our Columbia Valley Cabernet, is intended to be enjoyable upon release as well as for the next 15 years. Drink it now through 2026.

"From a site adjacent to the Champoux and Phinny Hill Vineyards, the Quilceda Creek 2009 Palengat Proprietary Red Wine incorporates 8% Cabernet Franc and 6% Merlot with its Cabernet Sauvignon. (The inaugural 2006 vintage was labeled "Cabernet Sauvignon.") Bittersweet herbs and roasted nuttiness – suggesting walnut, hickory, and pecan – along with piquancy of fruit pit offer counterpoint to dominate themes of confitured cassis and mulberry, cocoa powder, and honey in a wine that's liqueur-like and torrefied, yet preserves the same uncanny sense of primary juiciness displayed by other wines in the present distinguished collection. As it takes on air, a greater sense of complexity and animation emerges vis-a-vis the corresponding generic bottling. This wine's prodigious strength is in its sheer richness, depth, and reach, but it also incorporates a saliva-liberating salinity equally essential in guaranteeing that something this sweetly ripe and full-bodied doesn't tire the taster, but instead compels repeated sips. I'm confident it harbors at least a dozen years of impressive potential."

"$90; (15.2% alcohol; 86% cabernet sauvignon, 18% cabernet franc and 6% merlot): Good full ruby. Aromas of black currant and licorice. Rich, deep and concentrated, with an almost Kahlua-like liqueur quality to its dense, exotic flavors of cassis, dark chocolate, mocha and orange peel. Very rich blend with an impressively long finish featuring fine tannins and hints of licorice pastille, dark berries, sexy Taransaud spices and black walnut. From vines planted at 3 x 6 feet, according to Paul Golitzin, "about as dense as it gets in this state." (Incidentally, 2006 was Quilceda Creek's last merlot bottling; that fruit is now in the Palengat.)"