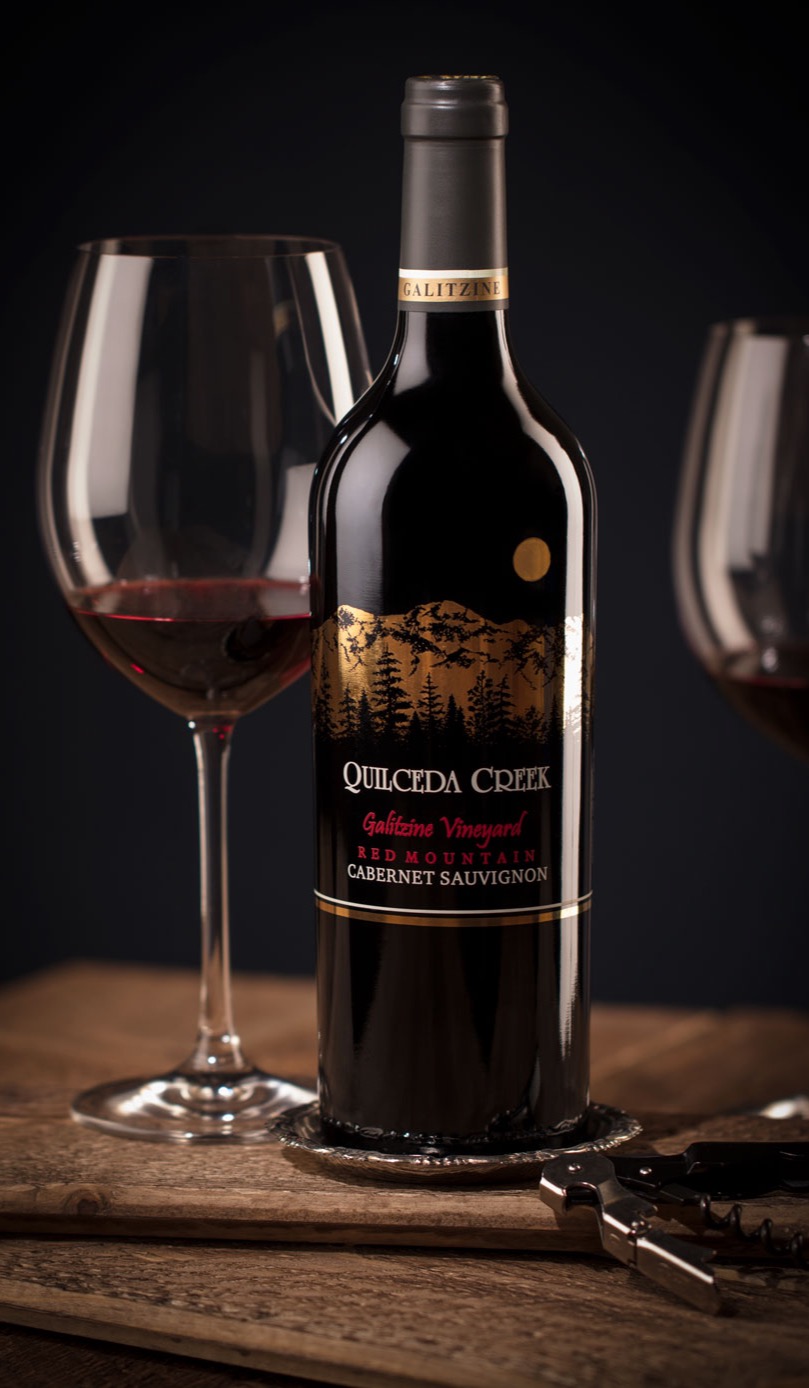 When we laid out the Galitzine Vineyard in the Red Mountain AVA in 2001-2002, we went with a dense planting approach: 2,074 vines to the acre. Crowding the vines a little forces the roots down through the sandy loam Hezel and Warden soils to find water. And in the process, they pick up nutrition and a unique minerality that you can taste in the finished wine. This is the sense of terroir and vineyard personality that makes wine such a compelling subject, and in 2009, the Galitzine Vineyard made its presence very apparent.

The growing season began late, but following bud break the temperatures stayed warm, the vines got on schedule and the harvest went smoothly. The grapes were small in size and the overall yields (1.5 tons to the acre) were lower than usual, but these conditions produced a wine of concentrated flavors and aromas. The blend of 99 percent Cabernet Sauvignon (from Galitzine Vineyard) and 1 percent Merlot (from Palengat Vineyard) aged 22 months in new French oak, resulting in a dense, tannic wine with flavors and aromatics of black fruit, incense, soy, espresso, and wood smoke. It’s a wonderful example of the Galitzine Vineyard terroir and is structured to drink well through 2029 and beyond.

"$110; (includes 1% merlot): Bright medium ruby. Cassis aroma lifted by sandalwood. Densely packed and intense, with terrific energy to its chewy flavors of dark berries, licorice pastille and minerals. Less plush and harmonious today than the estate's flagship cabernet but this super concentrated wine (made from a yield of just 1.5 tons per acre, according to Paul Golitzin) boasts a serious tannic spine and great energy and length. Should be the best release for this bottling. It's blacker than the cabernet and less seamless today but I would not bet against this chewy bottling in the long run."

"It isn't surprising that the Golitzins served their 2009 Cabernet Sauvignon Galitzine Vineyard after their flagship multi-source Cabernet, because this wine (which incidentally incorporates just 1% Merlot) is yet more dense, aggressively-concentrated, superficially sweet and, at the same time, evidently tannic, as a result of which opinions are more likely to divide over whether this pushes, in power and confection, beyond any given taster's ideal. Cassis and horehound candies, chocolate syrup, and espresso dominate. Yields here are small even by the winery's usual standards, notes Paul Golitzin, and much of the wine does malo in barrique, which conceivably explains the undeniably stronger sense of toasted and caramelized oak resin vis-a-vis its stable mates. He adds that heat units in this site are not notably different than in the Horse Heaven Hills sources of Quilceda Creek wine, and that after blending a comparable level of alcohol has been achieved. Still, there is an undeniably outsized and confectionary aspect here that at least accords with widespread assumptions about Red Mountain. This palate-staining, viscous, sweet elixir is likely to have at least a 15-20 year lifespan and I hope to be able to witness how it evolves."