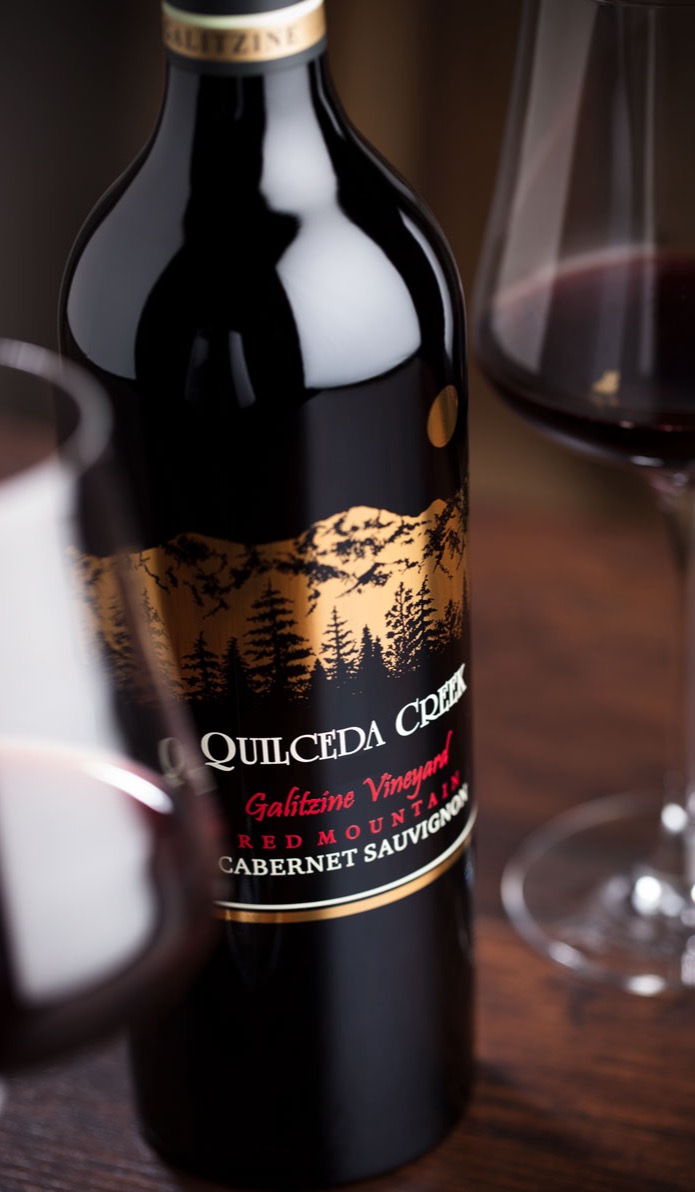 This is the inaugural release of our estate-grown Galitzine Vineyard Cabernet Sauvignon. The vineyard, named in honor of the Russian spelling of our family name, is in West Richland, on a windswept parcel within Washington’s Red Mountain AVA. Fittingly, our first release is a pure expression of our new vineyard: 100 percent Galitzine Cabernet Sauvignon, aged 22 months in new French oak. And though the weather was a little hot for most of the year, a cool fall stretched out the harvest and graced these young grapes with full, rich flavors.

Despite the youth of the vines, the wine is rich and layered, packed tightly with ripe blackberry, plum, and black cherry fruit flavors. Aromatically it leans toward the savory side, with truffle, pipe tobacco, and black walnut. The 2004 bottling has evolved over the years to be a pure and beautiful showcase of the vineyard’s terroir, but hinting at its future of becoming one of Washington’s benchmark vineyard sites. We produced 390 cases.

"The 2004 Cabernet Sauvignon "Galitzine Vineyard" comes from the fourth leaf of this estate vineyard and is the first release of the wine, made from 100% Cabernet Sauvignon aged for 22 months in 100% new French oak. Opaque purple-colored, it has a superb bouquet of pain grille, scorched earth, truffle, walnuts, black cherry, and blackberry liqueur which leaps from the glass. On the palate it is sweet and rich with layers of spicy black fruit flavors, terrific balance, and a 45+ second finish. It does not have quite the weight and depth of the flagship Cabernet but keep in mind that this is the product of a young vineyard only beginning to express its enormous potential."

“Quilceda Creek 2004 Galitzine Vineyard Cabernet Sauvignon (Red Mountain); $95. This is a spectacular effort. Cascading flavors of black cherry, plum and cassis are drenched in caramel, mocha and buttery barrell flavors. Although the wine lists at a hefty 14.9% alcohol, it does not sacrifice elegance, nor does it substitute power for polish. The rush of blueberry, blackberry, black cherry and currant fruit, the layers of smoke and graphite, and the immense barrell flavors just keep on rolling through the palate. It will probably age quite well, but why wait?”

"Bright, deep ruby-red. Aromas of black fruits and licorice. Sweet, dense and fat with fruit, but with plenty of energy and the structure and focus characteristic of Red Mountain cabernet. Not as lush or silky as the flagship cabernet but offers a lovely combination of sweetness and grip, and excellent balance. In a densely packed, more masculine black fruit style, particularly in the context of this vintage here. Finishes suave and long, with lovely sweetness to its tannins. A remarkable performance for young vines. This new wine is labeled with the original spelling of the family name."