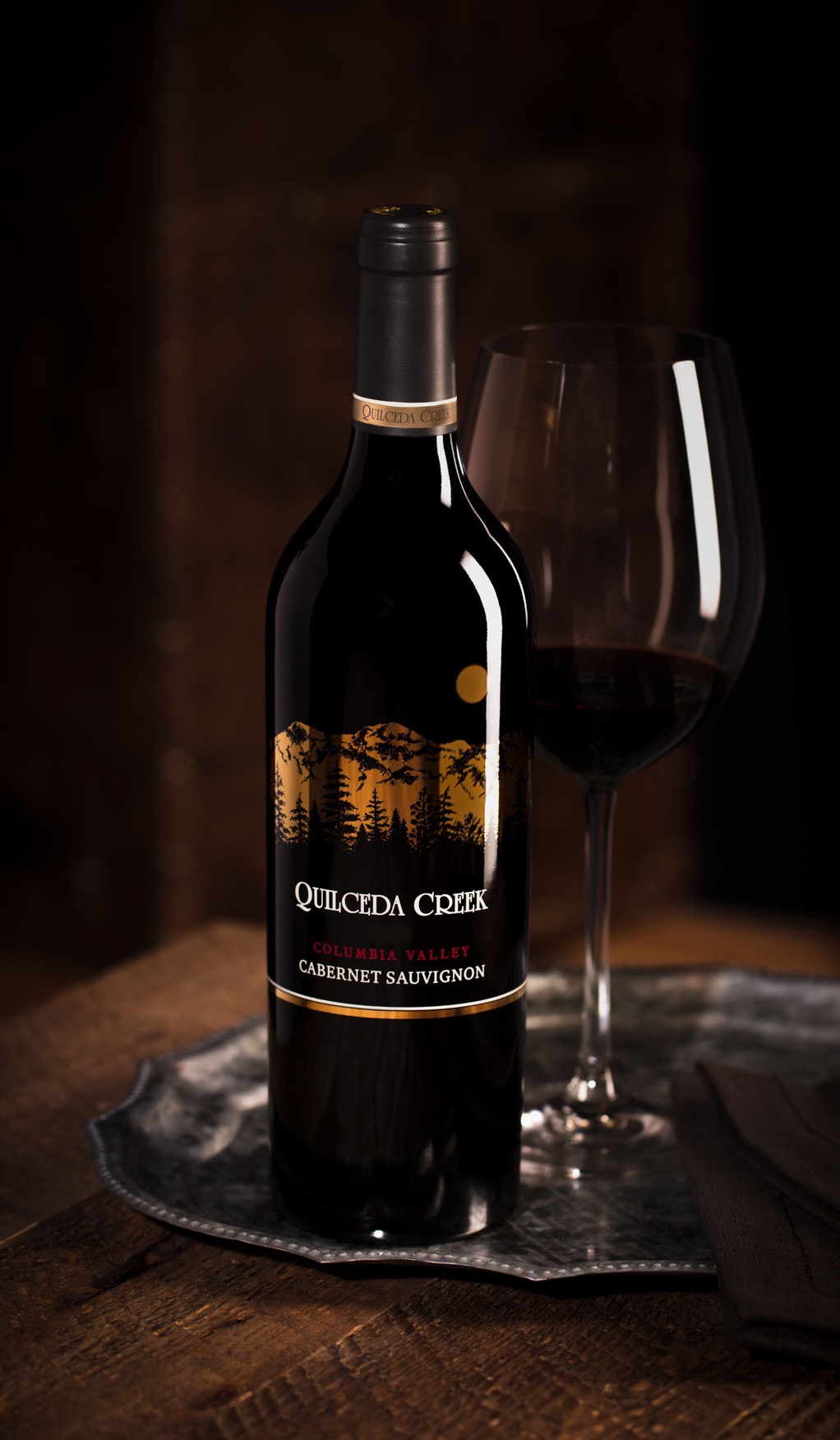 Read the review and watch the video.

This was a near-perfect season in the vineyard: A cool spring was quickly followed with average to above-average temperatures for the remainder of the year. The result was even ripening and physiological maturity when we harvested in the Champoux, Klipsun, Palangat, and Wallula vineyards.

This seamless wine ravishes the palate with blackberry, blueberry, and cassis, and complex soy, smoke, graphite, spice, and mineral undertones. All of this deep and rich fruit is perfectly complemented by additional floral suggestions of hyacinth and lavender. This is classic, 100 percent Cabernet Sauvignon with more than 20 years in the cellar ahead of it.

"2012 Quilceda Creek Columbia Valley Cabernet is 100% Cabernet Sauvignon sourced from 97% Champoux Vineyard along with 3% Wallula Vineyard. This displays a dark, opaque appearance, followed by lovely aromas of dark fruits, crème de cassis, anise and mocha folding in some graphite and hints of fresh bell pepper notes. This continues to impress on the palate with its rich and viscous mouthfeel backed by a remarkable silky texture which expands beautifully onto the long, layered finish. This level of Cabernet Sauvignon that is unparalleled in Washington, and although just about impossible to resist today, it is certain to improve even further with bottle age. This is Washington State Cabernet at its finest. (Best 2017-2030)"

"The 2012 Cabernet Sauvignon is brilliant. Made from 100% Cabernet Sauvignon, mostly from the famous Champoux Vineyard in the Horse Heaven Hills, it was aged all in new oak and bottled unfined and unfiltered. It offers a captivating bouquet of black cherry liqueur and cassis-like fruit, Asian spice, coffee bean and lead pencil shavings to go with a full-bodied, ripe, seamless and hedonistic style on the palate. One of the more approachable, opulent examples of this cuvee, it has no hard edges, plenty of tannin and a massive, heady finish. Give it 2-4 years in the cellar and enjoy bottles through 2032.

This is another serious lineup by Paul and Alex Golitzin and I was able to taste their 2012s multiple times, once at my office in Colorado where I was able to follow the wines for multiple days, and then during a visit at the estate just north of Snohomish. In both cases they showed beautifully, with the ripe, exuberant style that's common in the vintage. When speaking about the '12s, Paul told me that it was an "easy growing season and that you had to be selective." In addition, they had more production from Champoux (which was hit hard by frost in 2011) due to their increased ownership in the vineyard after the retirement of Paul Champoux. Looking at their 2013s, these are more restrained and classic in style, yet have terrific concentration, and I actually preferred their slightly more focused, pure style. We'll see how these round out once in bottle, but they're certainly terrific wines and in line with the expected quality from this estate. Yields as a whole were down in 2013 compared to 2012, but I didn't get a feel for the percentage or effect on the case production of the cuvees."

"Polished, focused and generous, with red plum and cherry flavors in an elegant package, framed with fine tannins. A savory, meaty note runs through this at a subterranean level. Lingers beautifully. Drink now through 2028."

"(15.2% alcohol): Bright, deep, dark ruby. Penetrating aromas of dark berries, violet, minerals and fruity tropical dark chocolate. Boasts outstanding intensity without any rough edges, showing superb thrust and grip to its youthfully powerful flavors of blueberry, minerals and spices. Finishes with huge tannins that dust the front teeth without coming off as dry. The pH here is around 4.0, according to Paul Golitzin, but this spectacular young Cabernet boasts plenty of energy and is likely to be long-lived."

"Quilceda Creek 2012 Cabernet Sauvignon (Columbia Valley). All Cabernet from Champoux, Klipsun, Palengat and Wallula vineyards, this wine offers aromas of blackberry, incense, blueberry, pencil lead and barrel spices. On the palate, it's tightly wound with black fruit flavors and a firm backbone of tannins. The oak is primary right now. It needs extended time in the cellar to show itself fully, and will be best from 2022–2030."

"Broad and expressive, layering black cherry, plum, pear and black tea flavors into a beam that focuses the finish against well-managed but present tannins. Has depth, marvelous expression and length. Best from 2018 through 2025."