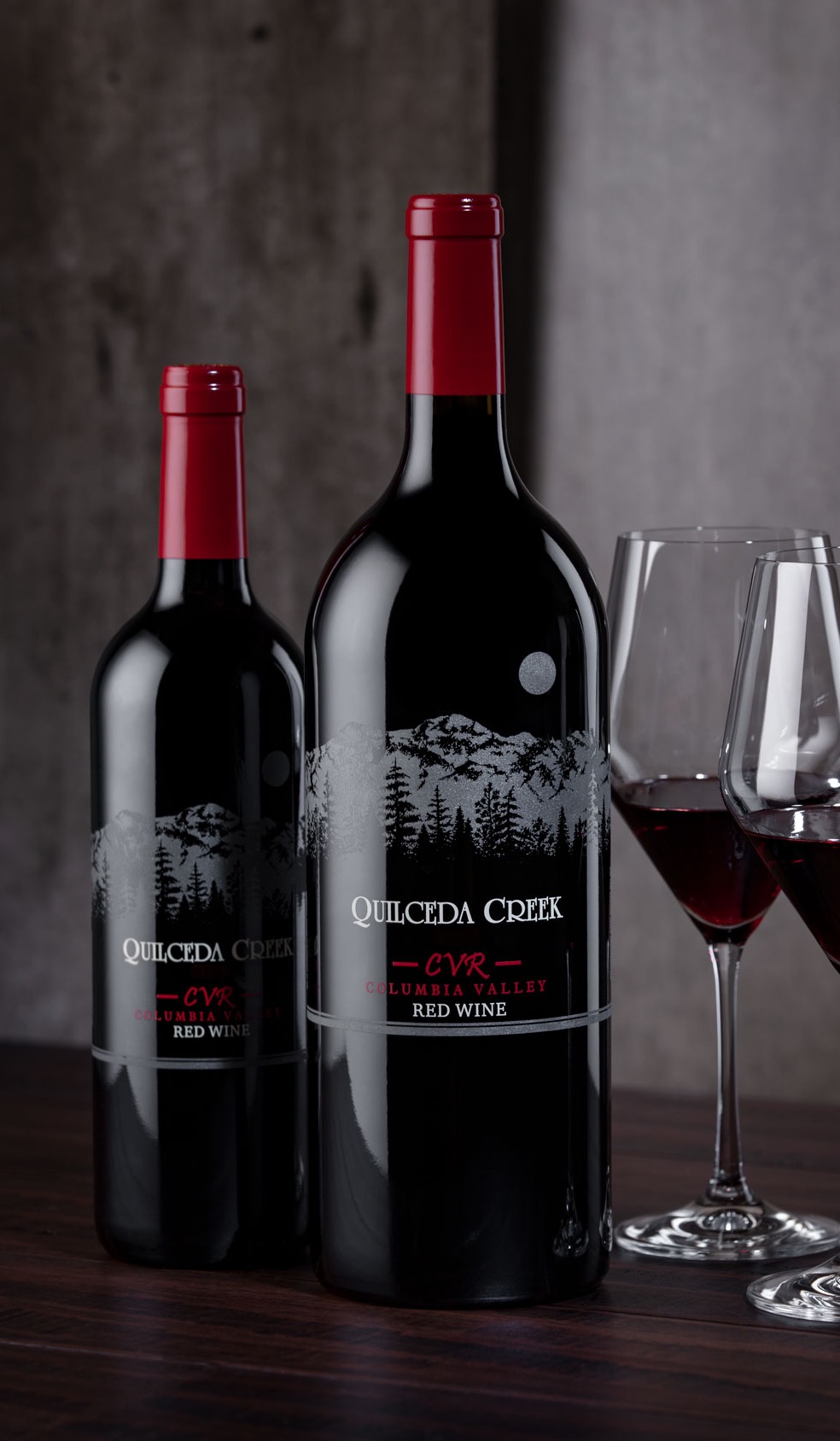 This is the vintage we officially changed the name of our early-drinking red blend to CVR, standing for Columbia Valley Red. From its origins as a home for grapes grown on younger vines, we started adding barrels that didn’t quite fit in the context of our ultra-premium releases, creating what’s known in Bordeaux as a “second wine.” As the vines matured and our standards became more stringent for our Columbia Valley Cabernet, the quality of our Red Table Wine increased. We think of it as a great introduction to the Quilceda Creek house style, but it can also be seen as a way for our regular patrons to enjoy our wines at what would be considered a value price.

The grapes were grown in the same vineyards (Champoux, Discovery, Galitzine, Klipsun, Palengat, and Tapteil) as our frontline wines and the winemaking is also at that same level (22 months in 100 percent French oak). The CVR blend leans more toward the traditional Bordeaux blend, maintaining a focus on Cabernet Sauvignon (81 percent), but also adding Merlot (15 percent), Cabernet Franc (2 percent), Malbec (1 percent), and Petit Verdot (1 percent).

In the end, the most noteworthy differences are the lower price and the wine’s approachability on release. This year’s CVR displays savory black cherry fruit, marzipan, roasted herbs, and nice streaks of acidity and tannin to balance out the fruit. This blend will best be enjoyed over the first 15 years of its life but could go longer with proper cellaring.

"Quilceda Creek's 2009 Red Wine – which includes 15% of Merlot and near-negligible amounts of Malbec, Petit Verdot, and Cabernet Franc – nicely integrates preserved walnut, toasted pecan, and green herbal elements into a matrix of cocoa powder, chocolate syrup, and confitured dark berries. There is a hint of heat to the finish of this plush, plump offering, but neither that nor the wine's torrefied elements detract from a torrent of sweet berry juiciness, nor preclude a sense of energy and a dynamic interaction of myriad elements. I suspect, based on intuition as well as reliable reports – although I have scarcely any personal experience as yet with older Quilceda Creek wines – that this will remain well worth following for at least a decade."

"$36; (Cabernet Sauvignon with 15% Merlot, 2% Cabernet Franc and 1% Petit Verdot): Good deep ruby-red. Very ripe aromas of berries, chocolate and sexy spices; verging on exotic. Fat and sweet, with plenty of depth and a hint of surmaturite to the fruit and sandalwood flavors. Finishes with very suave, dusty, chocolatey tannins, a note of graphite and showy new oak. This very ripe, plump wine will offer plenty of early appeal."