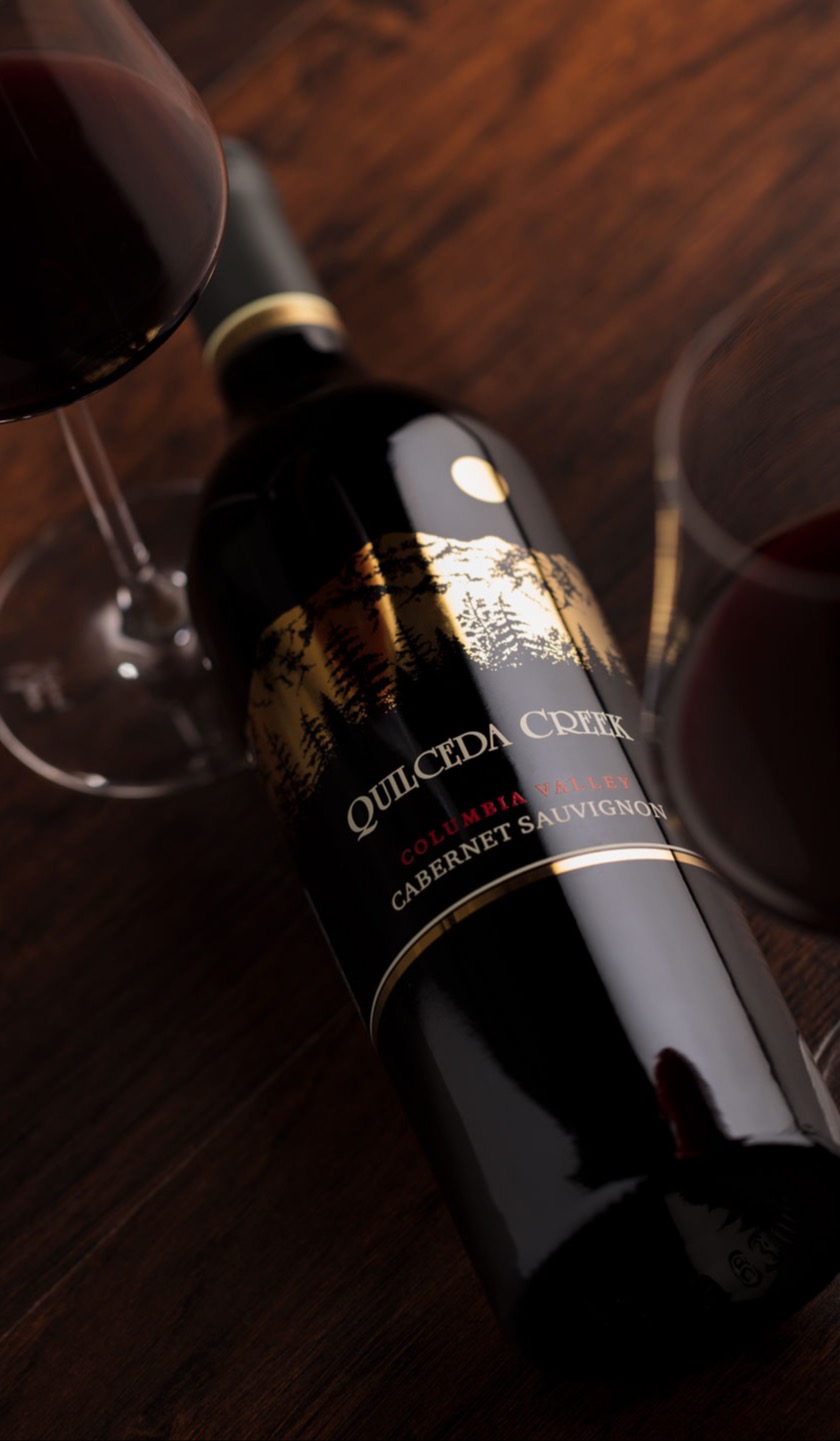 The 2006 growing season started with a wet spring and heat spikes toward the end of May and June reduced vigor. But a hot July followed by a mild September and October with some light precipitation allowed the fruit to come off the vine in great condition. After a stringent selection of the best barrels, we were able to produce a classic Cabernet Sauvignon.

The 2006 Quilceda Creek Cabernet Sauvignon Columbia Valley is intense and floral, packed with violets, blackberry, cassis, plum, and chocolate. A blend of 97 percent Cabernet Sauvignon and 3 percent Merlot from the Champoux, Klipsun and Tapteil vineyards, it was aged in new French oak for 22 months and shows sublime purity, texture and balance. Approachable upon release, it is now on a plateau of maturity and should age for 25 or more years. It is one of the best wines our estate has ever produced, rivaling 2002, 2003, and 2005 in quality. —Paul Golitizin, Director of Winemaking

"The flagship 2006 Cabernet Sauvignon comes predominantly from the famous Champoux Vineyard in which the winery is a partner. It was aged in 100% new oak. It sports a deep purple-color with a captivating nose of spice box, sandalwood, truffle, Asian spices, incense, black cherry, and black currant. Opulent on the palate (but elegant as well), it already reveals serious complexity, density, and succulence of fruit. Enjoyable now but with at least 8-10 years of cellaring potential, this marvelous effort should have a 30 year lifespan.

In 1990, in Issue 69, after tasting a complete vertical of Quilceda Creek Cabernet Sauvignon, I wrote that the winery was producing Washington's (and possibly America's) finest Cabernet Sauvignon. Little has changed in the intervening years. The winery has been upgraded and the portfolio has been expanded, while quality remains at the summit.

As a postscript, I was able to taste barrel samples of the 2007 collection. The Golitzins describe it as an "exceptional vintage" a conclusion that I cannot dispute. The latest releases are from the 2006 vintage, a bit more challenging than 2005 or 2007, but a solid year by any standard. "

The most evolved of the lineup, with complex spice box, wild herbs, dried flowers, currants and scorched earth aromas all emerging from the glass, the 2006 Cabernet Sauvignon is beautifully textured, full-bodied and seamless on the palate. Up-front and approachable, it nevertheless has the back-end richness, depth and structure to continue to evolve for another decade or more. Drink now-2023."

"$125; Good deep ruby-red. Cassis, licorice pastille, violet, incense and sexy smoky oak on the nose. Densely packed, intense and sweet but the most backward and primary of these 2006s. Wonderfully full, chocolatey fruit saturates the palate. Quilceda Creek's flagship bottling has become more of a competition wine lately than this producer's examples in the '80s and '90s, but this very powerful wine boasts greater vibrancy and focus than recent vintages and seems as much Pauillac in character as Napa Valley cult wine. Finishes ripe but classically dry, with terrific medicinal reserve and slowly building tannins that reach the front teeth. A bit youthfully monolithic now, this really demands cellaring."