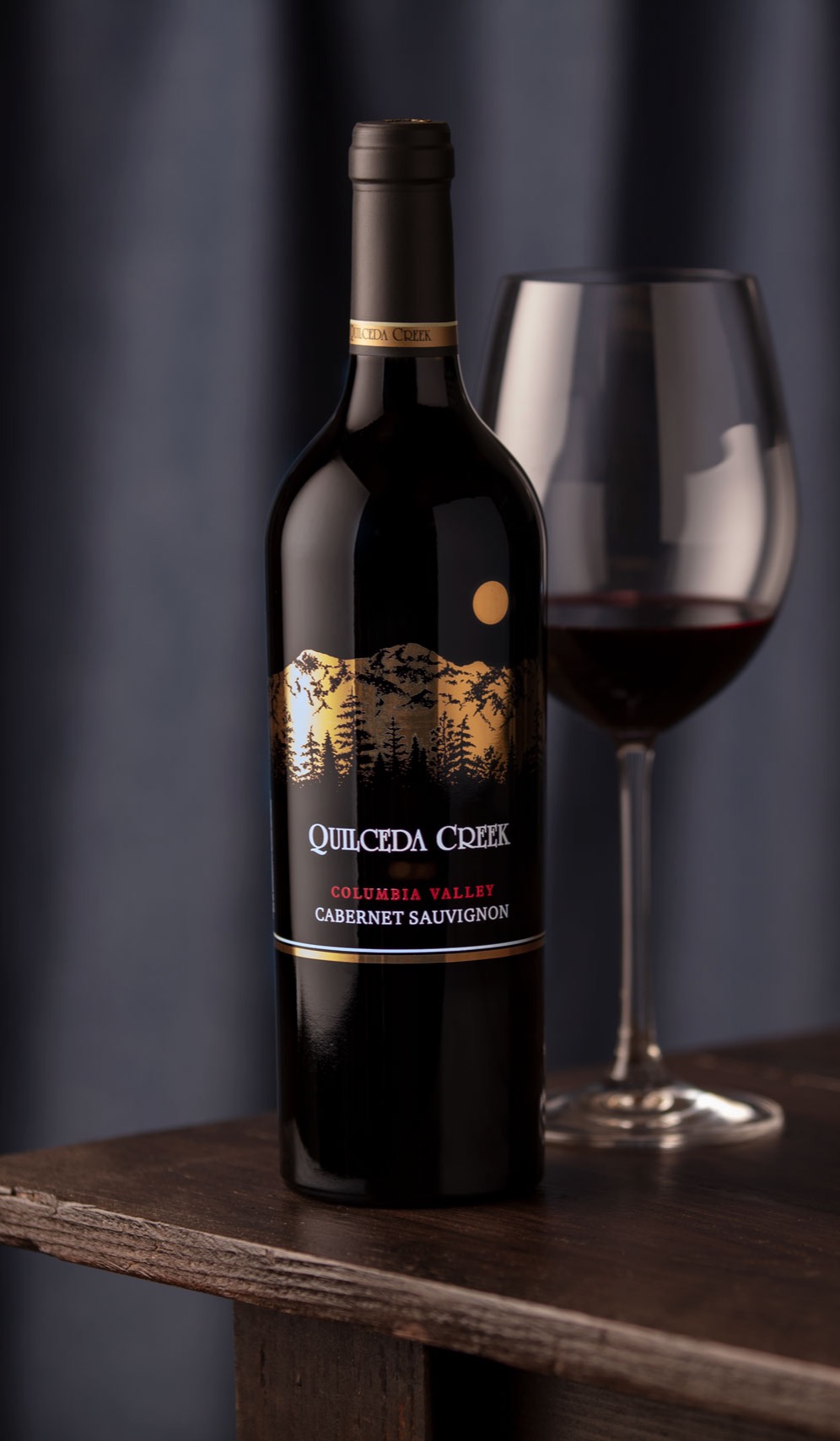 This stunning vintage was filled with exceptional aromas, flavors, and texture from the beginning — in fact, we earned our second 100-point score from The Wine Advocate with this wine. And when the publication re-reviewed it in 2021, it earned 100 points once again.

This vintage’s immense power and concentration is partly the result of the summer of 2003: It was the hottest on record in Washington since 1895. The blend is 97 percent Cabernet Sauvignon and 3 percent Merlot, with grapes sourced from the Champoux, Ciel du Cheval, Klipsun, and Taptiel vineyards. The wine was aged in 100 percent new French oak for 22 months before bottling.

Time has mellowed it, but only a touch: Violets, black cherry, and blackberry coat the palate, with complex notes of Valrhona chocolate, wood smoke, and Asian spice. We made 3,400 cases.

"Another wine I've had multiple times recently, the 2003 Cabernet Sauvignon (97% Cabernet Sauvignon and 3% Merlot) is pure perfection in a glass and yields off-the-hook aromatics of cassis, black raspberries, tobacco leaf, pepper and licorice. Deep, layered and even elegant, with a seamless texture that conceals the sheer wealth of material present, it builds through the mid-palate, possesses huge amounts of extract and masses of polished tannin on the finish. Despite the overall size, it never loses its Cabernet Sauvignon soul and has an almost Bordeaux-like savoriness and tannic frame. Still young (yet gorgeous nonetheless), it can be enjoyed now or cellared for another 10-15+ years." Drink now-2028."

"Seemingly unsatisfied with receiving the first perfect score I’ve attributed to a young red wine in these pages, the Golitzin family went for broke, earning two. Alex Golitzin and his son Paul, both obsessive about quality, have worked together for years to maximize fruit flavors and minimize harsh tannins. Their work has been on two fronts. 1.) the vineyards, where their demands, meticulousness, and obsession with late harvests has driven growers crazy (yet, in retrospect, the farmers are grateful); and 2.) the winery, where they have experimented with every conceivable process to further their goals. Soaking and vinifying at precise temperatures (they tape over the gauges lest visitors learn their closely guarded secrets) to draw out flavor and only the sweetest tannin, the Golitzins have gone further, inventing a system utilizing air to break and sink their caps in a much more gentle way than pump-overs (remontages) and punch-downs (pigeages) would ever allow."

Years ago, Robert M. Parker, Jr. wrote that Quilceda Creek was one of the world’s finest sources of Cabernet Sauvignon. Over the past decade, I’ve chimed in that there isn’t a Cabernet producer with this winery’s track record for consistency. Now, Quilceda Creek has produced two wines that are second to none.

The 2003 Cabernet Sauvignon shares similarities in the glass with the 2005 and 2007 bottlings, as all three vintages have the same robust nose with dried cherries and cranberry essence and a soft prune character, which all showed better when the wines were young. The generosity of this wine seems to have caught up to it. Full-bodied, the palate is lively with firm, juicy tannins that should last five more years. Flavors of ripe, black and dark red fruits remain in the mouth, and there’s an alcoholic lift on the finish, concluding with firm tannins.

"Full ruby-red. Knockout nose combines blackcurrant, blueberry, smoke, tobacco, road tar, coffee and milk chocolate. Wonderfully ripe and lush but uncompromisingly dry, with an exhilarating underlying minerality and superb lift to its fruit and torrefaction flavors. Full and complete, finishing with outstanding breadth and lingering sweetness. Paul Golitzin notes that tannin management at Quilceda Creek is far more sophisticated today than it was in the mid-90’s."

"As this Cabernet specialist refines its style, the wines are becoming polished and seductive without losing their richly layered flavors. It has gorgeous, focused currant, plum and blackberry fruit, shaded with touches of dusky spice and smoky notes from oak, but it’s almost subliminal to the harmonious, seamless fruit character. The wine glides over the palate, submerging its tannins to let the flavors soar. Best from 2008 through 2020."