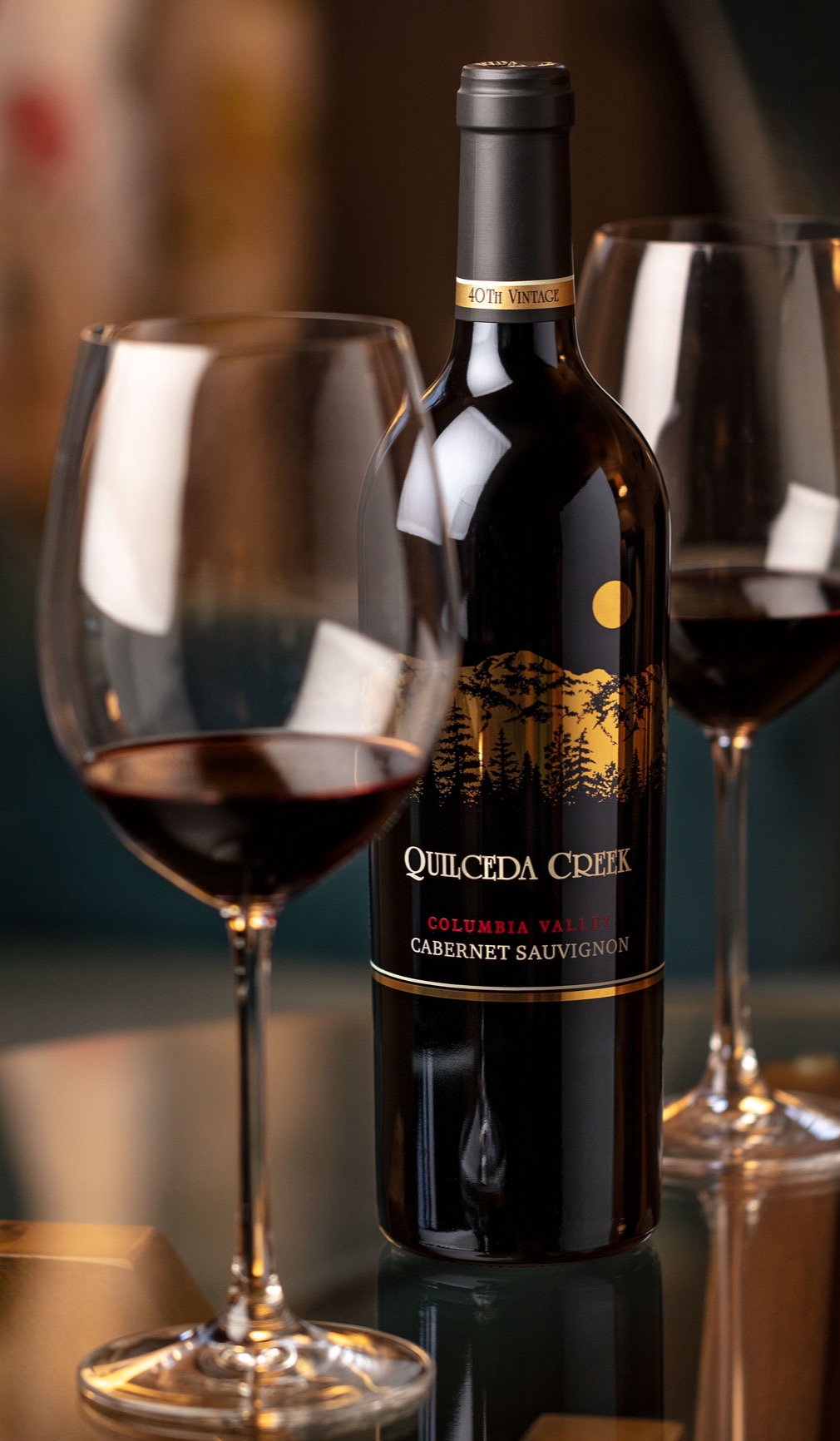 As with our regular Cabernet, the Reserve is made from 100 percent Cabernet Sauvignon from fruit grown in the Kiona and Mercer Ranch (Champoux) vineyards, but aged for 22 months in new French (not American) oak. Blackberries and black cherries, coffee, and tobacco describe both the aromas and the flavors; the wine tends toward the savory, rather than the fruity side of the equation. At this stage of development, it has become eminently elegant, rich, and full bodied with firm but well-integrated tannins, a perfect accompaniment to beef or complex cheese. We made 150 cases.

A titanic wine, packed with flavor and built to age gracefully. Firm and chewy at first, it bristles with blackberry, black cherry and coffee flavors that build up momentum through the sold finish. Tannins are firm, but integrated. Best to age until 2000 or 2003. 150 cases made."

"Ruby-red. Fabulous, very ripe aromas of black cherry, lead pencil, mint, herbs and toast. Thick, dense fruit is less expressive than the above (1992 Cabernet Sauvignon), but there is even more size and fat here, and the same improbable focus. Finishes with terrific grip and urgent, explosive black fruit flavor. As with the above (1992 Cabernet Sauvignon), the firm tannins are buried in fruit. This estate must be considered among the handful of America’s elite cabernet producers."