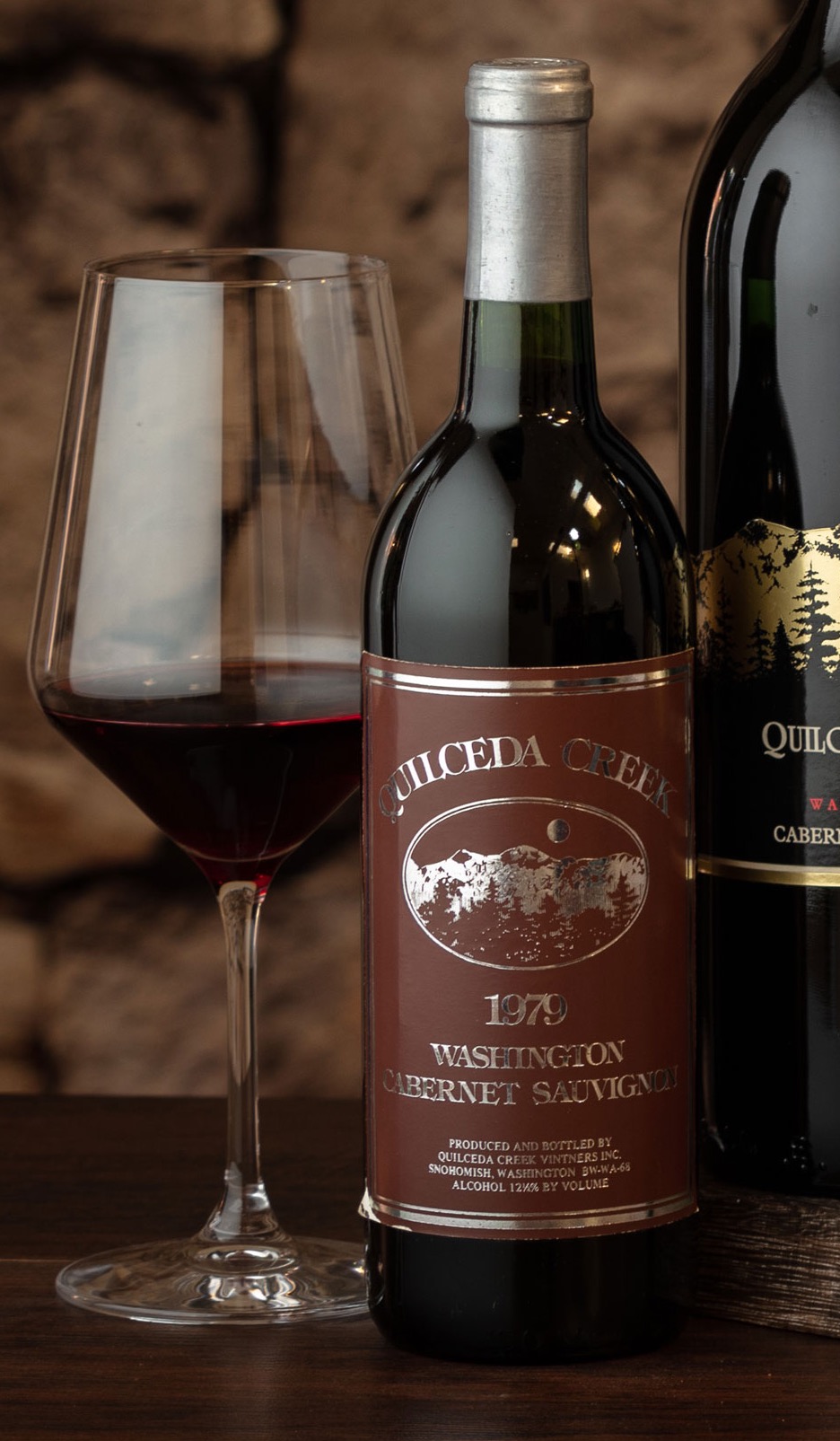 Before the term garagiste was even coined, Alex Golitzin was making small batches of wine in his garage in Snohomish, Washington. With his uncle André Tchelistcheff as his mentor and on-call consultant, he made a barrel a year from 1974 to 1977, all Cabernet Sauvignon, experimental wines that were never released commercially. But in 1979 Alex gained the confidence to increase his production to 150 cases, and his garage became the 12th bonded winery in Washington State.

That 1979 Cabernet Sauvignon went on to win a gold medal and the Grand Prize from the Enological Society of the Pacific Northwest in 1983. But those early years were anything but glamorous. Employed full time as an engineer for the Scott Paper Company, Alex spent countless evenings and weekends honing his craft. His equipment consisted of two stainless steel dairy tanks and “neutral”, i.e., used, barrels that Uncle André secured from a California winery. It wasn’t until 1982 that he was able to afford a separate building for his wine project, which was growing in volume each year.

But the greatest hurdle in the early 1980s was finding outstanding grape sources. There just weren’t that many vineyards in Washington State back then, and the sites that were planted didn’t always perform well. Gradually, however, Alex – with help from his uncle – identified properties such as the Kiona and Ciel de Cheval vineyards which offered the quality he was looking for, and his Cabernet Sauvignons continued to garner medals and acclaim. In 1986, when Alex was offered a little fruit from the Mercer Vineyard – now the Champoux Vineyard in the Horse Heaven Hills AVA – he was ready to take Quilceda Creek to the next level. Having made wine for over a decade, he was ready.