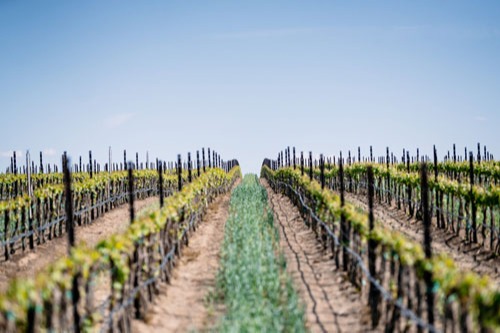 (August 24, 2021; Snohomish, WA)—Paul Golitzin, president and director of winemaking for Washington State’s Quilceda Creek, a world-renowned producer of fine Cabernet Sauvignon, announced today that his family’s winery has increased its majority holding in the state’s “grand cru” vineyard, Champoux, based in Columbia Valley’s Horse Heaven Hills AVA. Quilceda Creek has acquired an additional 22 acres of the coveted vineyard site, increasing its majority ownership to 79%, totaling 133.51 acres. Quilceda Creek was founded in 1978 and has been sourcing fruit from the site since 1986.

“Everything in our winemaking process centers around selection, so our vineyards and our ability to control 100% of the farming decisions is what sets us apart. This is hands-down one of the best sites in Washington, and we farm it to the utmost precision,” says Paul. “It is an honor to increase our stake of this historic vineyard as we celebrate our 40th vintage of the Columbia Valley Cabernet Sauvignon this year.”

“It is a cold vineyard in a hot AVA and the diurnal shift is huge,” says Golitzin. “As such, the fruit ripens while retaining great freshness. The fruit from this vineyard offers incredible aromatics. It is like someone added perfume to the grapes.””

In addition to Champoux Vineyard, Quilceda Creek also owns the Galitzine Vineyard in the Red Mountain AVA and the Palengat Vineyard in the Horse Heaven Hills AVA, where the team has complete control over the growing practices and fruit selection. Everything from planting the vines by hand to carefully monitoring the weather patterns and the grapes is done with meticulous intent to ensure that there is minimal intervention in the winemaking process.