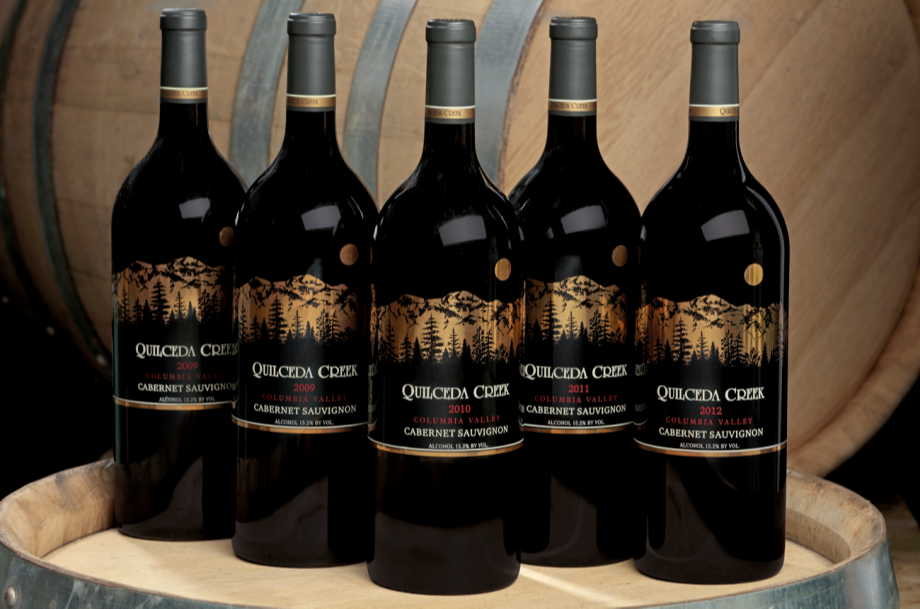 In the midst of the Covid-19 pandemic lockdown, I’m chatting online with Paul Golitzin of Quilceda Creek in Washington State.

We were reminiscing about holidays – remember those? While in Italy last summer he sent me photos of some wines he’d tried: Dom Pérignon 2006 (‘aged and in magnum – the only way to go!’) and Château Haut-Brion 2009. ‘I was a little disappointed in the Haut-Brion for the price,’ he said at the time. ‘There are probably better Bordeaux made that vintage. He told me he’d just bought a bottle of Château Angélus from the same vintage, which really impressed him.

And the Golitzin family knows about Cabernet. Quilceda Creek Cabernet Sauvignon from the Columbia Valley AVA in Washington was the first American wine outside of California to earn a perfect 100-point score from wine critic Robert Parker’s The Wine Advocate, for the 2002 vintage.

The winery has since received four further Parker 100-point ratings for this wine – for the 2003, 2005, 2007 and 2014 vintages – and another for its 2014 Galitzine Vineyard Cabernet Sauvignon from the Red Mountain AVA.

Quilceda Creek was founded in 1978 by Alex Golitzin, a nephew of André Tchelistcheff who is considered the father of American winemaking.

The Golitzin family moved to Washington in the 1960s when Tchelistcheff consulted for the state’s biggest winery, Chateau Ste Michelle. With advice from his uncle, Alex made a barrel of Cabernet a year between 1974 and 1977. In 1978, buoyed by Tchelistcheff’s feedback, Alex and wife Jeanette founded their winery and released their first vintage in 1979. Son Paul took over as director of winemaking in 1993, with the day-to-day job overseen by head winemaker Alex Stewart.

I first enjoyed Quilceda Creek Cabernet Sauvignon as a college senior in 2002 and while my wine education was limited, I knew they were special. I’ve since purchased many other vintages over the years and found them to be not only some of the most compelling Cabernets in Washington but North America.

One factor that sets them apart is their ageability. Trying to ignore them in the cellar is hard, but in 10 to 25 years your patience will be rewarded.

Back to my online chat with Paul. As I was tasting a seven-vintage vertical of his Columbia Valley Cabernet Sauvignon for Decanter, I wanted to ask about particular weather conditions in those vintages that would influence the wine.

Thanks to the desert-like continental climate caused by the rainshadow effect of the Cascade Mountains, eastern Washington has been blessed with nearly all outstanding vintages over the past 20 years.

Even though all the vintages from 2004 to 2009 were considered warm, Paul described 2004 as a slightly cooler one. ‘But we had plenty of hang time, giving us the lowest tartaric acid in wine in our history,’ he explained. ‘It is really showing well right now.’ I agree; it is a hedonistic, yet seamless effort peaking now at its 16-year mark.

Paul called 2005 a ‘stellar’ vintage, producing Cabernet that was richly concentrated but also balanced. ‘Warm summer temperatures resulted in an extremely small berry size, with the heat backing off just enough in September to ripen the grapes without rushing physiological maturity.’

The 2006 vintage was ‘more challenging’. Paul explained that a wet spring with heat spikes toward the end of May and June had reduced vigour. ‘This was followed by a hot July and a mild September and October with some light rain that allowed the fruit to come off the vine in great condition.’

Growing conditions were ideal in 2007. ‘The season started off with low spring rains resulting in short shoot growth. Heat spikes in May and July reduced berry size, which was followed by warm, consistent heat in August and September.’

But 2008 was ‘a different animal’, said Paul. ‘We had a cool spring with delayed budbreak then a small heat spike followed by little precipitation which delayed bloom. Entering into September, temperatures were warm, sunny and dry allowing for even ripening of the fruit.’

The warm 2009 vintage saw few challenges. ‘Budbreak was late by a week, but the weather remained warm and veraison occurred on time. August and September were hot and dry, which led to small, concentrated berries.’

Finally 2010: the outlier vintage. Paul explained that a cool, wet spring followed by a cool summer resulted in naturally low yields. ‘But we are in one of the warmer sites in Washington, which really helps in cooler vintages.’

And while the flavour profile sets it apart from the other, warmer vintages in this Quilceda Creek line up, it’s the best Cabernet-based 2010 I’ve tried from Washington, with remarkable elegance and concentration.

As good as it gets for Washington Cabernet Sauvignon. Massive blue fruit and milk chocolate aromas leap from the glass to join more savoury tomato and sage notes, with brighter blueberry scents evolving after an hour of air. The lengthy palate is dense and chewy with light tannins, the mouthfeel becoming more silky and elegantly textured with time. Rich yet balanced flavours of blue fruits and wild blackberry cobbler are joined by mocha tones and exotic sandalwood spice. Perfectly evolved now, and one to enjoy within the next five years.
Drinking Window 2020 - 2025

Dense with incredible tension and viscosity. From an outstanding, warm vintage in the Columbia Valley, this shows off intense Asian spices, wild blackberry cobbler, sage, cassis and scorched earth aromas. The long, lingering palate is dense but balanced, with light tannins and bright minerality supporting flavours of creme de cassis, Turkish coffee, blueberry compote and sage. A stunning wine at 14 years old that will continue to evolve well for at least another decade.
Drinking Window 2020 - 2029

Hedonistic and gratifying at this stage of its development. Thrilling aromas of red bell pepper, black liquorice, Turkish coffee and white pepper continue on an enticingly soft, refined palate that becomes more seamless with time in the glass. Layers of rich dark fruit, tar, coffee bean, blueberry compote and damp soil are framed by light tannins. Delicious now and for another decade or more.
Drinking Window 2020 - 2028

An incredible wine from a marvellous vintage in the Columbia Valley. Intensely perfumed Asian spices, black and blue fruits, plus a whiff of cocoa powder and lavender. Lightly tannic, the palate reveals a wonderful tension, where flavours of ripe date and mocha combine with creosote and black liquorice. The long, mineral and black fruit finish is lifted by light herbal tones. Sensational now, this has at least another decade ahead of it.
Drinking Window 2020 - 2030

A massive, intense wine that’s close to perfection. Right out of the gate there’s layered aromas of blackberry pie, ripe blueberry, sagebrush and black tea. The freshness is extraordinary, as is the seamless mouthfeel and texture. Opulent blackcurrant, blackberry pie, mocha, Asian spices and sage flavours lead to a long finish. While wonderful now, it will cellar well for at least another decade.
Drinking Window 2020 - 2030

An impressive effort in the warm 2009 vintage and, as with the 2010, this shows a slightly different profile. Needing a lot of aeration to open up, aromas reveal creosote, blackcurrant cordial, black tea and pot pourri. Layers of blackberry compote and Turkish coffee flavours combine with Earl Grey tea, tar and red bell pepper. The generous texture and viscosity gives this a hedonistic feel, with surprisingly vibrant acidity and tension for its age and vintage. Gorgeous now but drinking well for another decade.
Drinking Window 2020 - 2030

From a cooler year in Columbia Valley, this is up with the best. Herbal undertones alongside red bell pepper, mocha and rich black fruit aromas. The palate has good freshness, with a silky texture, and though less viscous has an elegant, pillowy mouthfeel. Creosote and blackcurrant flavours combine with dark chocolate-covered coffee beans and more capsicum notes. The acidity should ensure a long life ahead. Kudos to Paul Golitzin for crafting such a compelling wine in this challenging vintage.
Drinking Window 2020 - 2028