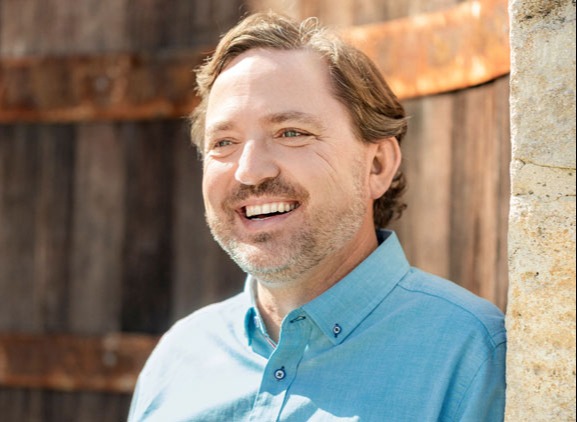 (March 14, 2022; Snohomish, Wash.)— Paul Golitzin, president and director of winemaking for Quilceda Creek Winery, one of the oldest and most celebrated family-owned producers of Cabernet Sauvignon in the state of Washington, is pleased to announce that Mark Kaigas has joined his team as winemaker. Kaigas comes to Quilceda Creek from Napa Valley-based Colgin Cellars.

A native of the East Bay area of San Francisco, Kaigas spent the early years of his adult life as a senior-level financial analyst for several multi-billion-dollar corporations. In his personal life, he had a passion for wine and agriculture, and in 2006, took a leap of faith and enrolled in Fresno State University’s Enology program. After several harvest internships, Kaigas joined Colgin Cellars full time in 2009, in the cellar as Production Assistant. He was promoted to Assistant Winemaker in 2011 and associate winemaker in 2018. During Kaigas’ time at Colgin, the winery earned more than fifteen 100-point scores across a variety of publications including Wine Advocate and JebDunnuck.com.

”With Paul in the cellar full-time over the last year, we were able to take our time finding the perfect person for the position,” says General Manager Scott Lloyd. “Mark has a proven track record of working in an equally intense and focused cellar and has helped produce some of the best Cabernet Sauvignons in the Napa Valley. We’re looking forward to having him on our team.”

In his new role Kaigas will work closely with Paul Golitzin, and Vineyard Manager Dan Nickolaus.

”It is an honor to join Quilceda Creek’s winemaking team. I have admired the wines for many years and am eager to work in Washington State,” says Kaigas. “I’m very grateful for the experience and mentorship from Ann Colgin, Paul Roberts and Allison Tauziet over my many years at Colgin and looking forward to my next chapter collaborating with Paul Golitzin.”

About Quilceda Creek Winery:
Quilceda Creek was established in 1978 by Alex and Jeannette Golitzin. The winery’s first vintage was in 1979, making Quilceda Creek the 12th oldest winery in Washington after prohibition. Alex Golitzin’s inspiration to start the winery was nurtured through many visits to the Napa Valley in his youth, where he spent time with his maternal uncle, André Tchelistcheff, the legendary Napa Valley winemaker known as the “Dean of American Winemaking.” Paul Golitzin joined his father as winemaker in 1992 and directs all aspects of vineyard management and winemaking. With a gifted palate and a no-compromise commitment to quality, Paul focused the winery’s attention on its greatest assets: the vineyards of the Columbia Valley. Quilceda Creek wines are an expression of three vineyards: Champoux, Galitzine and Mach One. Paul’s vision catapulted the wines to a new level of excellence, resulting in some of the highest reviews and awards of any winery in the United States, including seven 100-point scores from the Wine Advocate and three 100-point scores from Decanter, three top 10 wines of the year in Wine Spectator, and Wine Enthusiast’s best Cabernet of the Year.