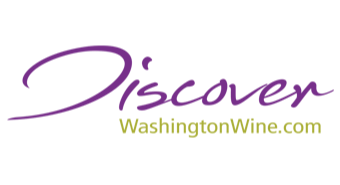 It brings me great pleasure to announce the inaugural winery of the year from Washington Wine Blog. The winner this year is no surprise. A winery with distinction and certainly not needing any introduction Quilceda Creek is one of the premier producers for Cabernet in the world. First started by Alex Golitzin more than 20 years ago, Alex’s son, Paul, has assumed winemaking duties for more than 10 years and has amassed more 100 point scores from Robert Parker than any other winery in North America.

Paul’s new release wines were absolutely scintillating, none more so than his 2013 Quilceda Creek ‘Columbia Valley’ Cabernet (WWB, 98), the best Washington Cabernet that I sampled in the past year. I have not seen this texture, viscosity, and intensity from any other Washington winery. Their 2013 Quilceda Creek ‘Galitzin Vineyard’ Cabernet (WWB, 97) was just a shade behind the ‘Columbia Valley’ bottling and showed incredible range and weight on the mid-palate. This is one of the best Galiztin Vineyard Cabernets that I have sampled in the past ten years. This vineyard clearly has some amazing promise moving forward. Consistently one of the best red wine values in the state, the 2013 Quilceda Creek ‘CVR’ Red Wine (WWB, 93) is a primarily Cabernet wine that shows tremendous richness and texture. Congrats to the Golitzin family and general manager John Ware on their tremendous new release wines from Washington. Here are the reviews of the new releases from Quilceda Creek:

2013 Quilceda Creek ‘CVR’ Red Wine- This excellent value wine is blend of 73% Cabernet 14% Merlot, 6% Cabernet Franc, 4% Petit Verdot and 3% Malbec that was sourced from the Champoux, Galitzine, Palengat, Tapteil, and Wallula Gap Vineyards. Aged 22 months in French oak, this wine opens with layered aromas of anise crème de cassis, coffee grounds and tar. There are rich flavors of creme de cassis, red cherry, lavender, black olive, and blackberry compote. The 2013 CVR is a structured and polished wine that will cellar beautifully into the next decade. Drink 2016-2026- 93

2013 Quilceda Creek ‘Palengat’ Red Wine- This wine is a blend of 58% Merlot, 30% Cabernet and 12% Cab Franc that was aged 20 months in new French oak prior to bottling in June 2015. As this slowly opens in the glass it begins to show deep aromas of mocha, anise, red bell pepper, sagebrush and creme de cassis. The red blend has beautifully layered flavors of red bell pepper, anise, creme de cassis, red cherry and blackberry jam. The texture of this wine is absolutely gorgeous which leads to the long, persistent finish. Try to resist this lovely blend for at least another year. Drink 2017-2035- 94

2013 Quilceda Creek ‘Columbia Valley’ Cabernet- Following up the highly impressive 2012 Cabernet, the 2013 Cabernet was sourced from the Champoux Vineyard (95%) as well as the Wallula Vineyard (5%). Needing more than a two hour decant at this point to fully sing, the Cabernet opens with exotic aromatics of Turkish coffee, creme de cassis, anise, red bell pepper and violets. The wine has ultra-rich flavors of anise, creme de cassis, red bell pepper, graphite and blackberry cobbler while maintaining a vibrant minerality. The texture of this wine is ethereal. Despite a long decant there are still some mild to moderate tannins, that complement the velvety mouthfeel. This combination of viscosity and tension is without an equal in Washington Cabernet. There is a seamless quality to this wine that reminds me of the epic 2005 Quilceda Creek ‘Columbia Valley’ Cabernet bottling. The intoxicating aromatics of this wine bring you continually back to the glass for more. Try to resist this beautiful wine for at least two more years. Drink 2018-2040- 98

2013 Quilceda Creek ‘Galitzine Vineyard’ Cabernet- This 100% Cabernet wine was primarily sourced from their estate vineyard on Red Mountain, with only 5% coming from the Wallula Vineyard. The Cabernet was aged for 20 months in new French oak prior to bottling in June 2015. Initially aromatically reticent and needing a two plus hour decant, the wine slowly develops with air. After considerable time in the decanter to unwind, wine unleashes exceedingly dense aromatics of creme de cassis, anise, coffee grounds, red bell pepper, and red cherry. This leads to mouth-watering flavors of red cherry, red bell pepper, creme de cassis and anise with suggestions of mocha and crème de cassis. Somewhat mirroring the Columbia Valley bottling, the texture, fruit weight and intensity of this wine is absolutely superlative. I see this as showcasing a slightly more masculine fruit and aromatic profile than their 2013 Columbia Valley bottling. This wine represents an absolutely gorgeous effort that stands neck and neck with their Columbia Valley bottling and is up there with the best Galitzine Vineyard Cabernet that I’ve ever sampled in the past ten years. Cellar this impressive bottling for at least two more years. Drink 2018-2040- 97